This article describes the various pieces of technology that contribute to the LENA system, and how each part is used. 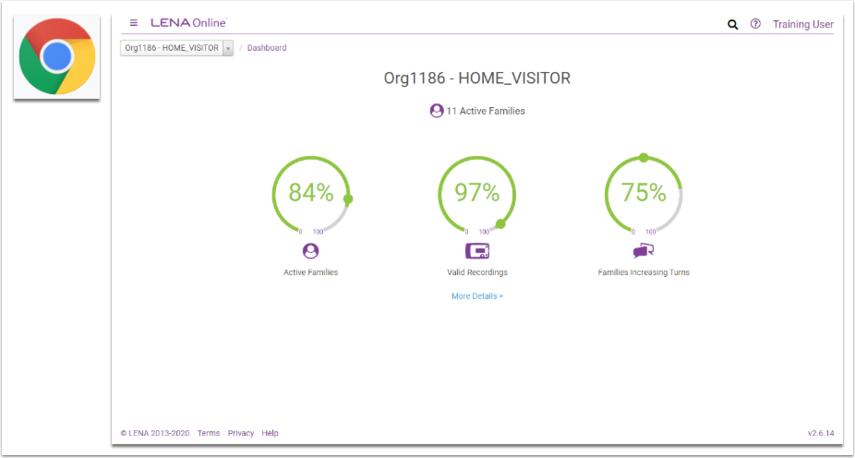 LENA Online is the secure web-based portal at https://o.lena.org where logged-in users carry out most of their LENA tasks. Users log in to:

LENA Online runs on the Google Chrome web browser and is best accessed via a computer. Some features may not work optimally on a tablet. 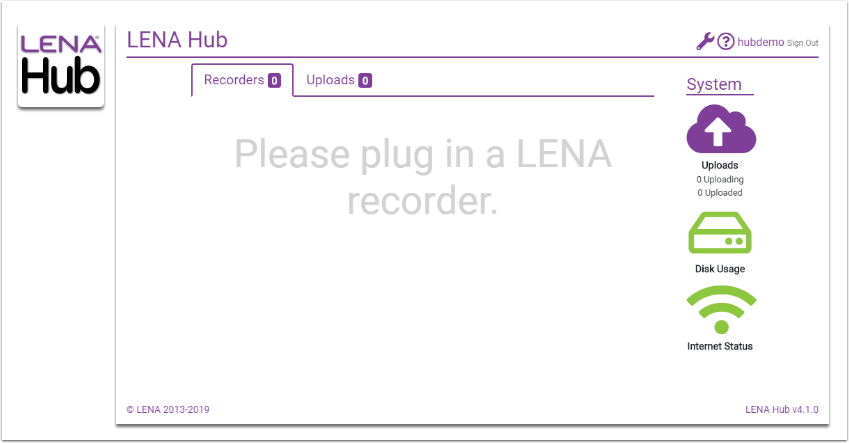 LENA Hub is the device transfer software. Its job is to remove LENA Day data from the devices and then send the data to the cloud to be converted into reports for LENA Online. LENA Hub can also be used to erase junk data off of the devices and to reset their clocks.

LENA Hub does not:

LENA Hub must be installed on at least one Windows computer that is connected to the Internet for device transfers. The computer must meet or exceed the specifications described in the LENA Home System Components and Requirements document.

The LENA Hub installer can be downloaded from the Resources section of LENA Online (login required). After installation, it is accessed in the same way as other Windows programs - by a desktop shortcut icon, via the Windows start menu, or through a pinned taskbar icon.

The LENA Device Service is a helper program that automatically installs with the LENA Hub and runs in the background to facilitate communication between the LENA Hub program and connected LENA devices. 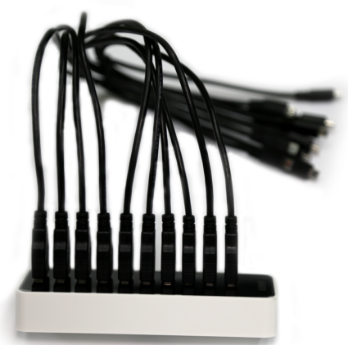 The Multi Dock is an accessory used to connect your LENA devices to your LENA Hub computer for transfer and to charge them for the next use. It makes data transfers fast and efficient!

The Multi Dock has:

The Multi Dock must be connected to a power source and to the LENA Hub computer for data transfers.

When not being used for data transfer, it can be disconnected from the computer but left plugged in to power to charge the connected devices.

Your program may not use the Multi Dock.

In the absence of this accessory, you will connect LENA devices directly to a USB port on your LENA Hub computer via USB cable, and charge them via a wall charger or multi-port USB charger. 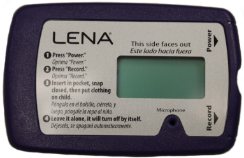 The LENA device is a lightweight but sophisticated data collection tool. Placed inside the chest pocket of specially designed LENA clothing worn by a LENA participant, it can capture up to 16 hours of the child's language environment.

The device does not:

A LENA user connects the device to the LENA Hub computer via the Multi Dock (or directly via USB cord) to transfer the data for processing and deletion. 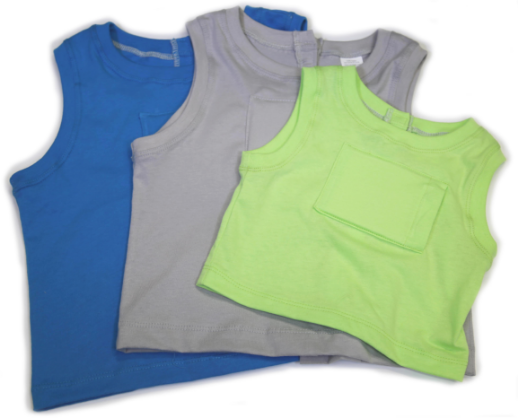 While not exactly a piece of tech, the LENA clothing is specially designed and tested to work with the LENA device.

Worn over the child's regular clothing, it securely positions the device at an appropriate distance from the child's mouth. This placement ensures that LENA's processing algorithms can identify vocalizations produced by that child and differentiate these from other children's speech. This is key to detecting those conversational turns!

Soft fabric and light padding ensure that the clothing does not interfere with data collection, while strong snaps help prevent the device from "escaping." The clothing is comfortable and machine washable.

LENA Home content includes videos that teach caregivers how to use the system, and Talking Tips videos to use in content sessions.

All video content is designed to be shared in sessions, not sent to families for independent viewing.

Videos can be streamed from within LENA Online, or downloaded as a PowerPoint show for offline viewing. The computer requirements for each option are described in the LENA Home System Components and Requirements document.